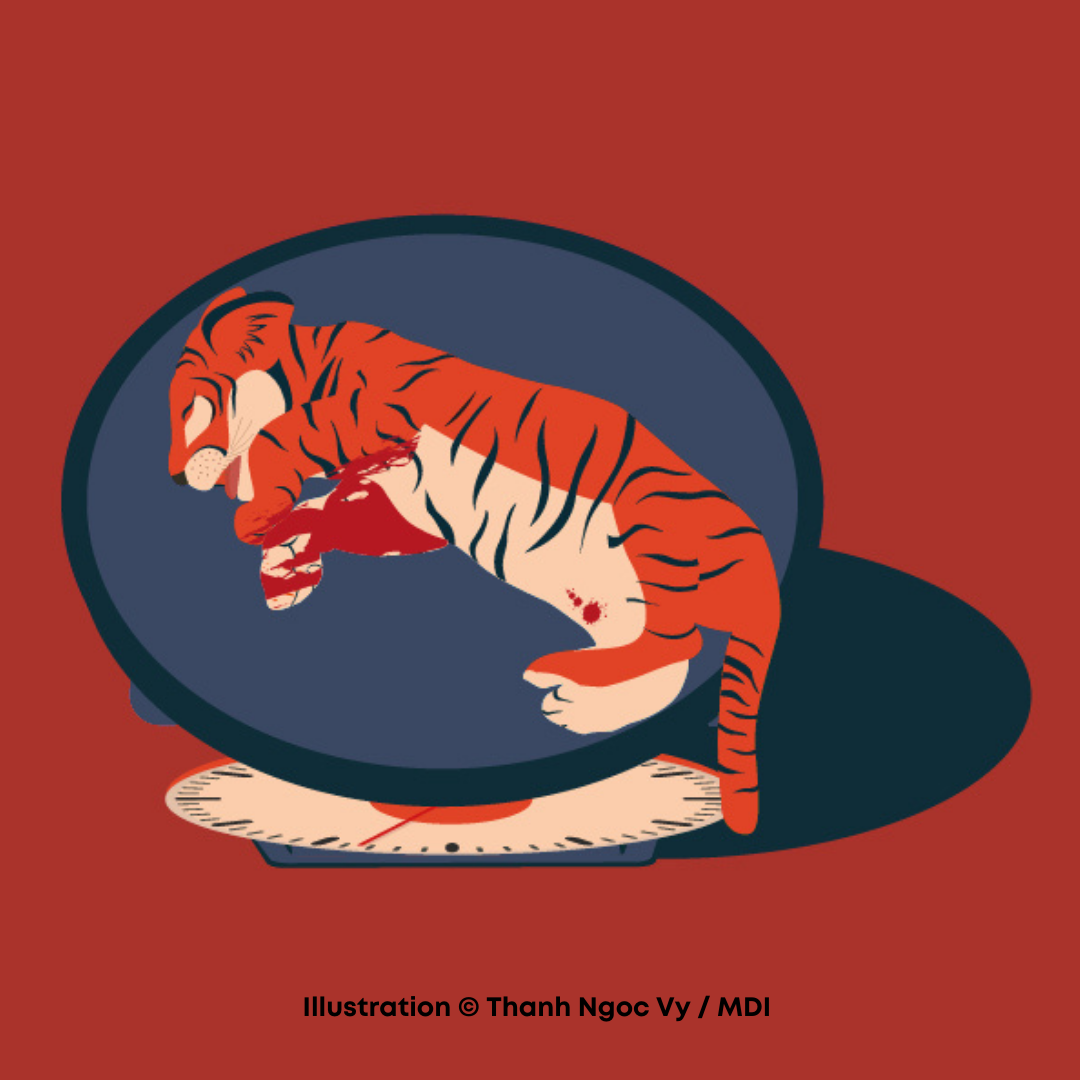 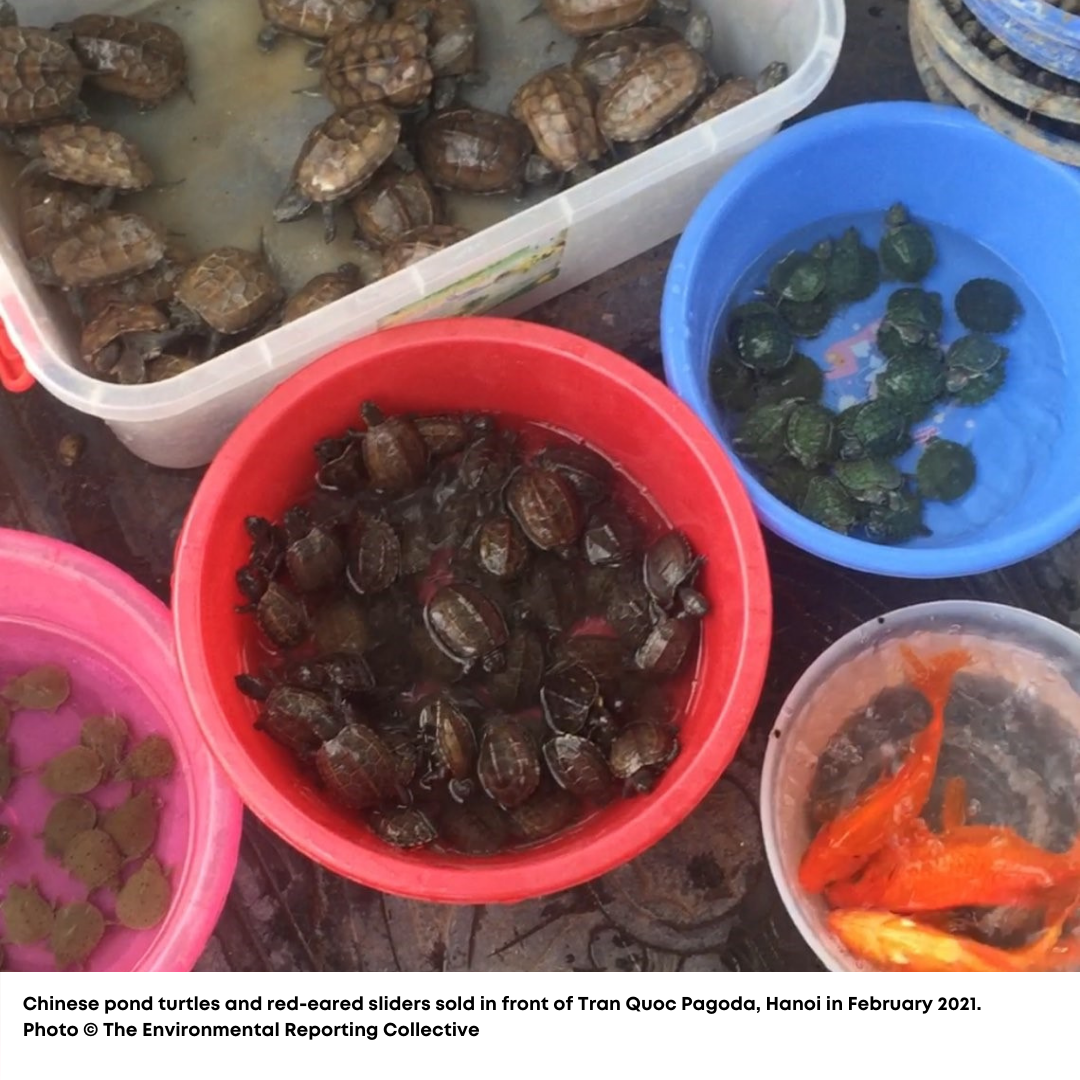 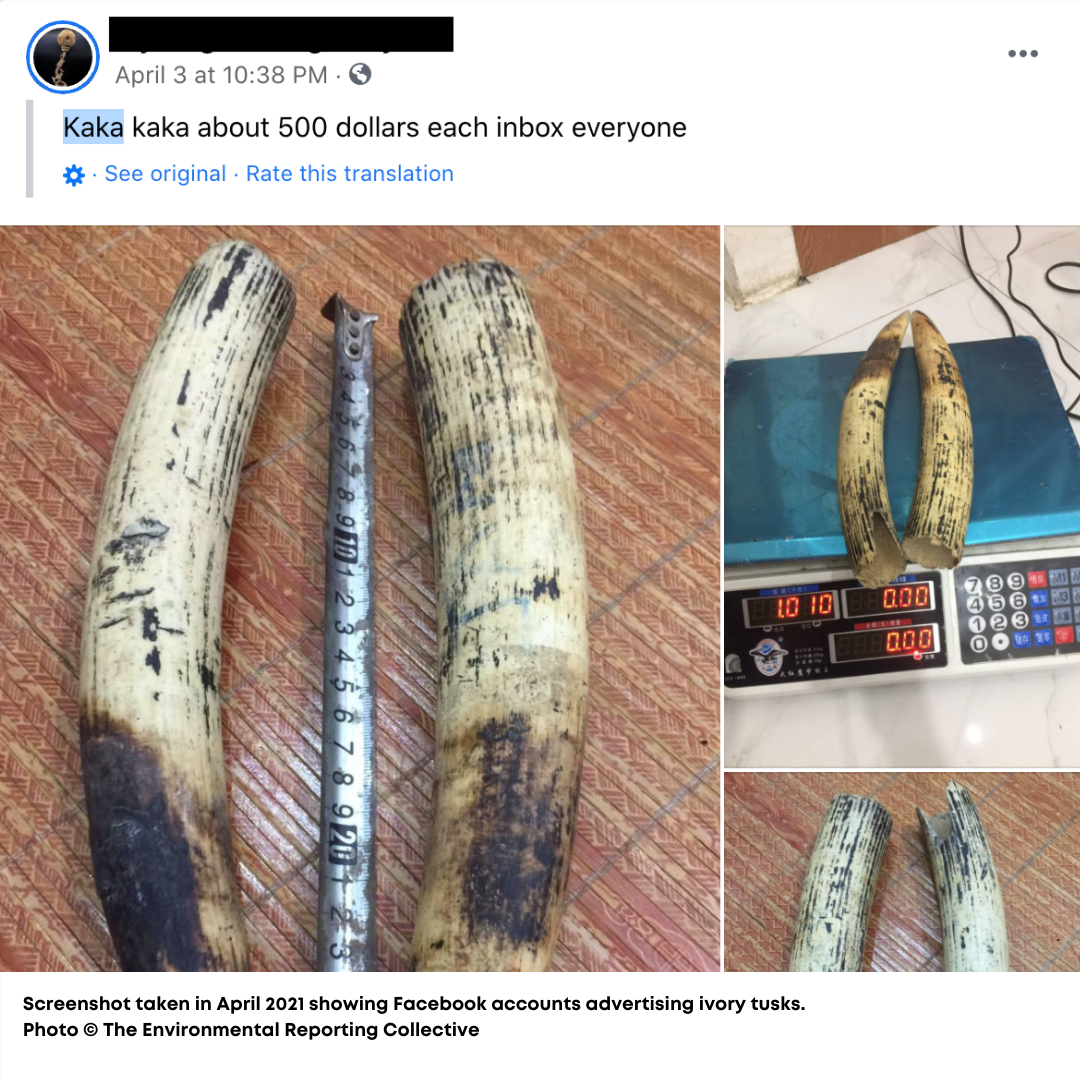 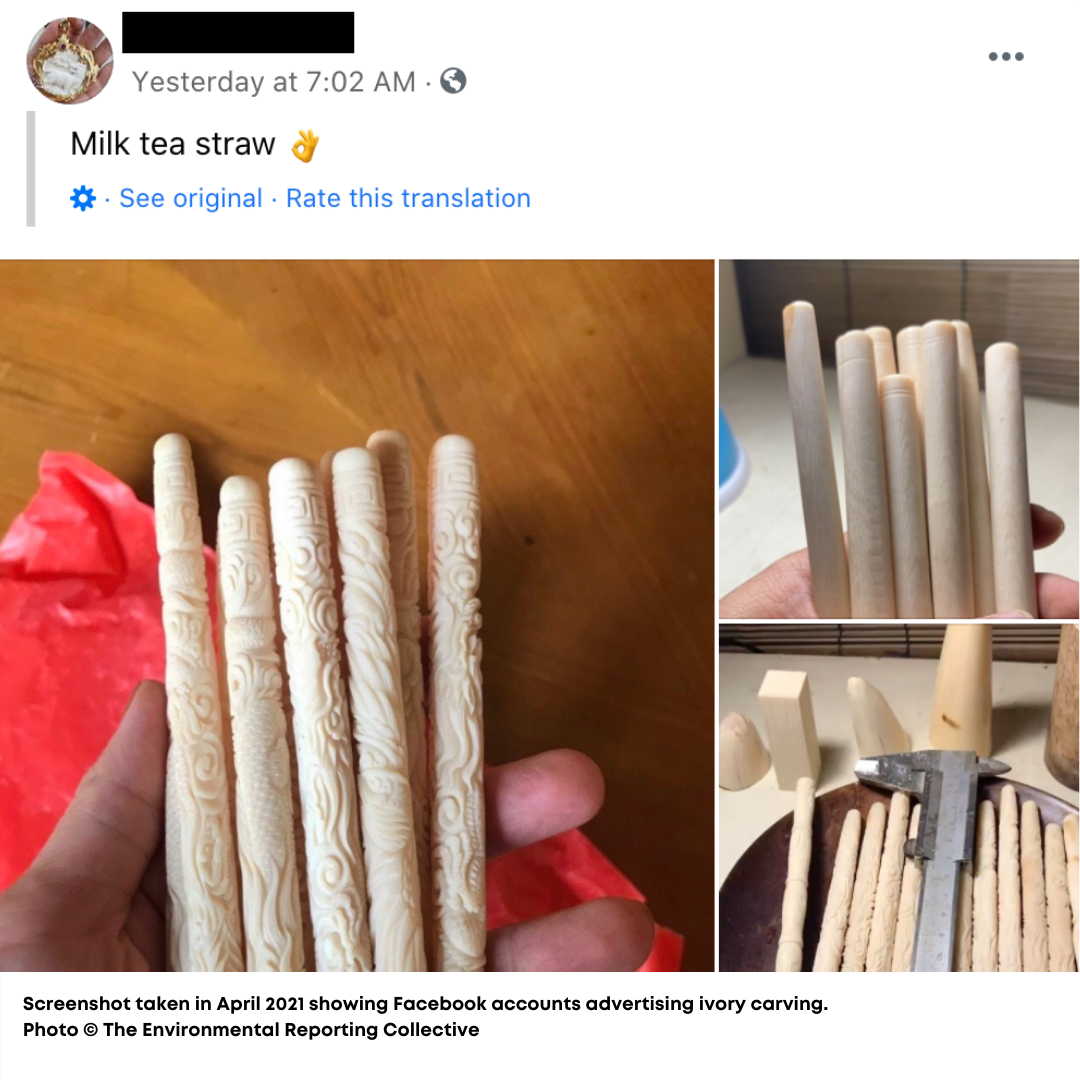 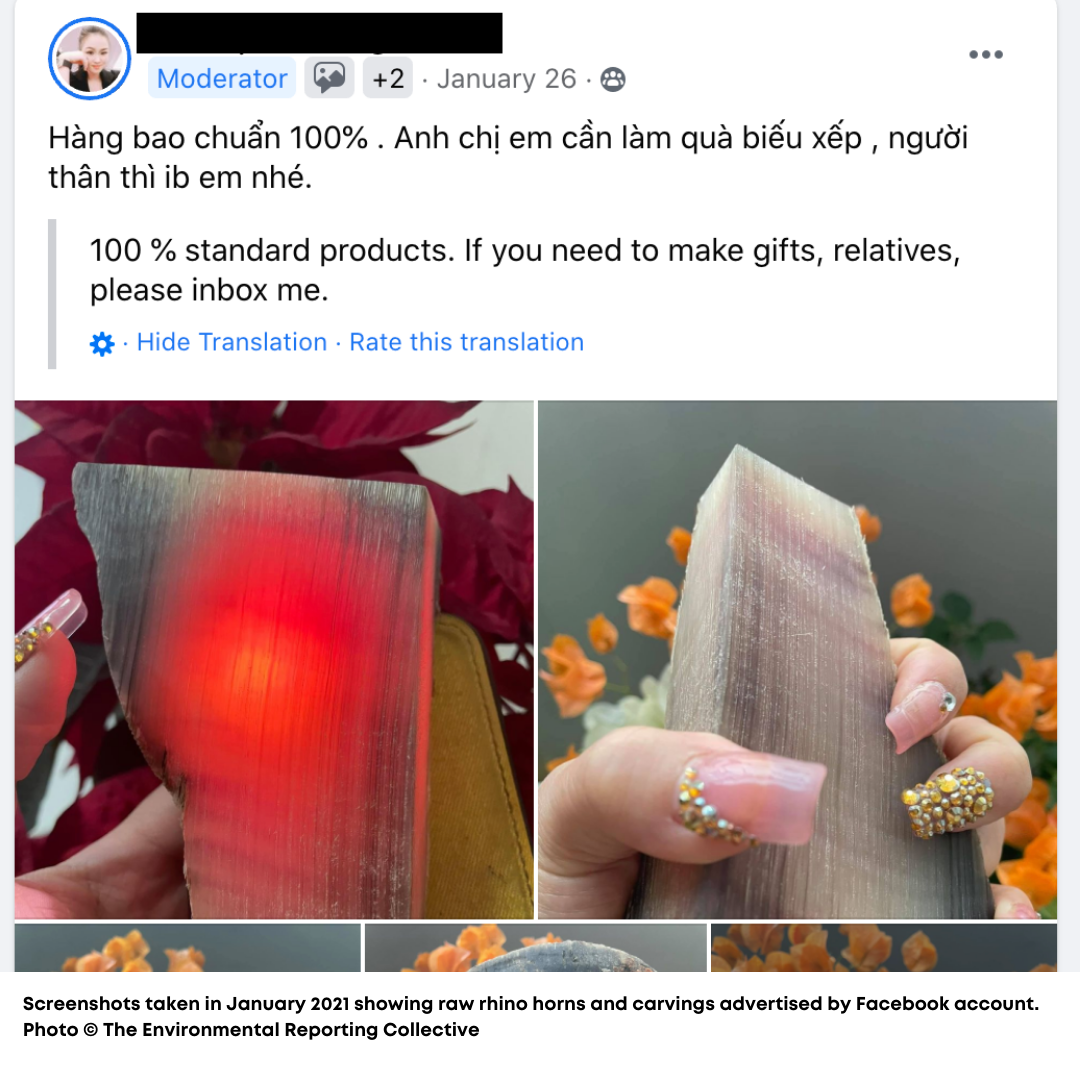 Reposted from The Environmental Reporting Collective, written by Trang Bui and Lam Quan.

Even as Vietnam faced its fourth wave of Covid-19 in January 2021, visitors to Dien Chau district could still find restaurants openly advertising all kinds of “exotic” meats, from rats and cats, to rabbits and monitor lizards.

“Hundreds of houses are farming tigers here,” said Mr L, a 45-year-old secondary school teacher who just happens to also be an illegal wildlife broker, while showing our undercover journalists around Dien Chau in January. “But they can’t export the tigers anywhere because of Covid-19.”

Vietnam has been a major destination and transit point for the global wildlife trafficking trade. Between 2003 and 2019, the country has been involved in the deaths of at least 15,779 elephants, 610 rhinoceroses, 228 tigers and 65,510 pangolins, according to the Environmental Investigation Agency (EIA).

Given that scientists have widely considered Covid-19 a zoonotic disease (transmitted from animals to humans, or vice-versa), which may have emerged due to wildlife trafficking, both Vietnam and China – another major market for the illegal wildlife trade – have taken steps to tackle the issue. In February 2020, the Chinese government was compelled to ban the consumption of wild meat, and Vietnam followed suit in July 2020 with a Prime Minister’s directive to prohibit all wildlife imports.

Yet, questions remain whether two of the world’s biggest consumers of illegal wildlife can curb their appetite for exotic meats, even after such a global crisis.

As part of a collaborative investigation between the Environmental Reporting Collective (ERC) and the Vietnam-based Centre for Media and Development Initiatives (MDI), journalists went undercover as potential buyers to speak with four wildlife traders in early 2021, and analysed 10 years’ worth of data from nearly 300 wildlife seizure cases in Vietnam.

The journalists found a trade that is far from collapsing. Traders like Mr L and his associates are simply biding their time, pivoting to local and online markets while their goods remain grounded.

“Everything is still normal, nothing is curbed,” Mr L replied, confidently, when we asked if he could still supply tiger, rhino horns or ivory products within the country.

Education for Nature Vietnam (ENV), a local NGO which maintains a hotline for citizens to report wildlife crimes, recorded 2,907 wildlife violations in 2020, almost double the previous year. Without an aggressive crackdown on the trade while it is at its most vulnerable ever, experts fear traffickers would return stronger and more resilient.

They analysed and investigated the four most trafficked wildlife commodities in Vietnam – tigers, ivory, rhino horns and turtles – each of them a trade with its own complexities. Read the full investigation, with graphics, photos, and visualization, on their website.


The Environmental Reporting Collective can be reached at:
No images found.