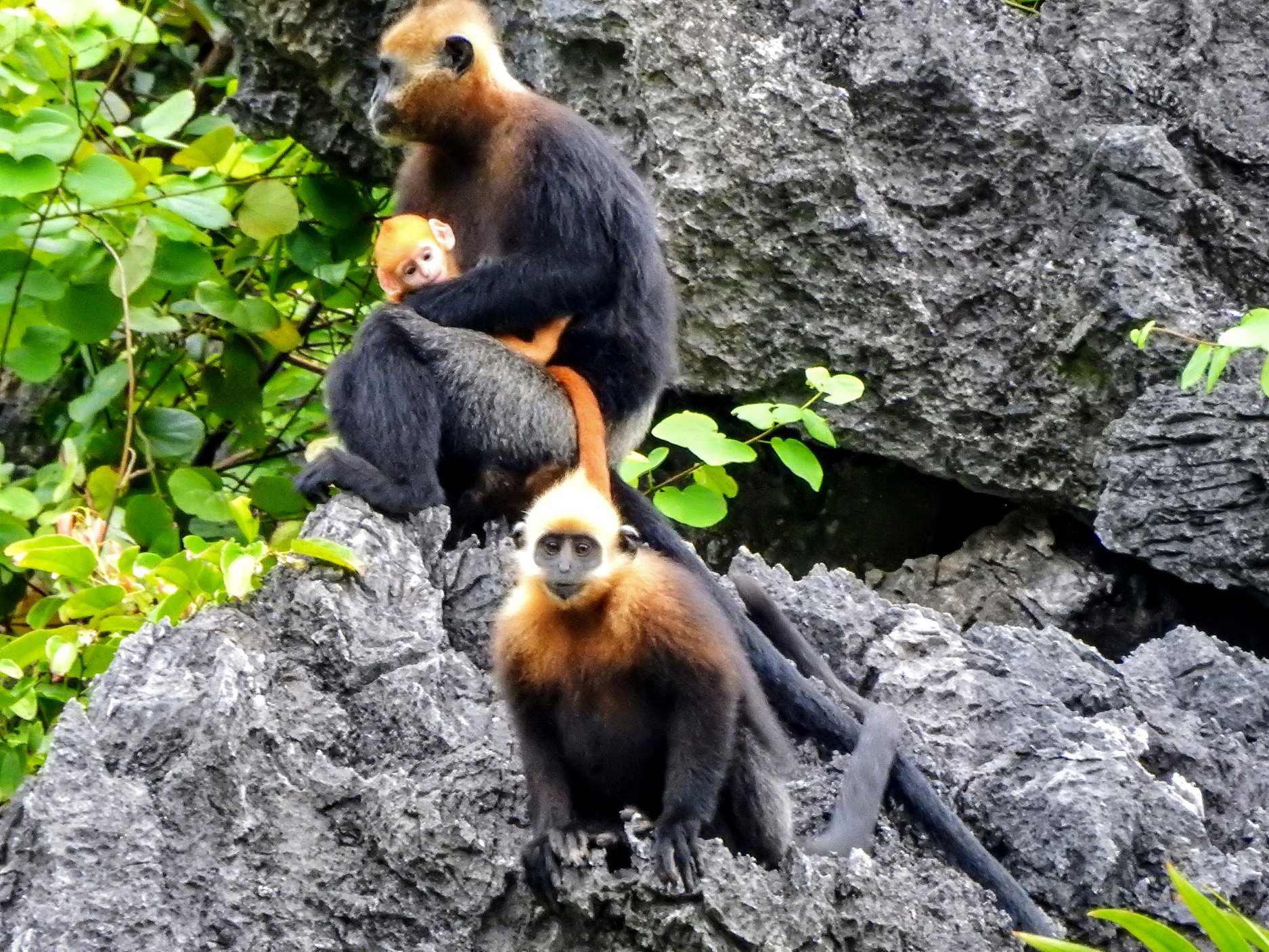 Golden-headed langur or Cat Ba Langur, belongs to the subfamily of the leaf-eating monkeys, which exists only on Cat Ba Island of Vietnam. This subspecies is probably the most endangered species of the Asian colobines and has the smallest distribution among the langur species. Cat Ba langurs are classified as Critically Endangered in the IUCN Red List and listed as the world’s 25 most endangered primates from 2000 to 2012. Poaching for traditional medicine and bush meat has been the main cause leading to small, isolated subpopulations and low population numbers. As a result of hunting, langur population was dramatically declined from approximately 2,400 – 2,700 in the 1960s to only 52 - 54 individuals in 2001, and most of the groups are already in reproductive isolation with no opportunity to exchange group members. 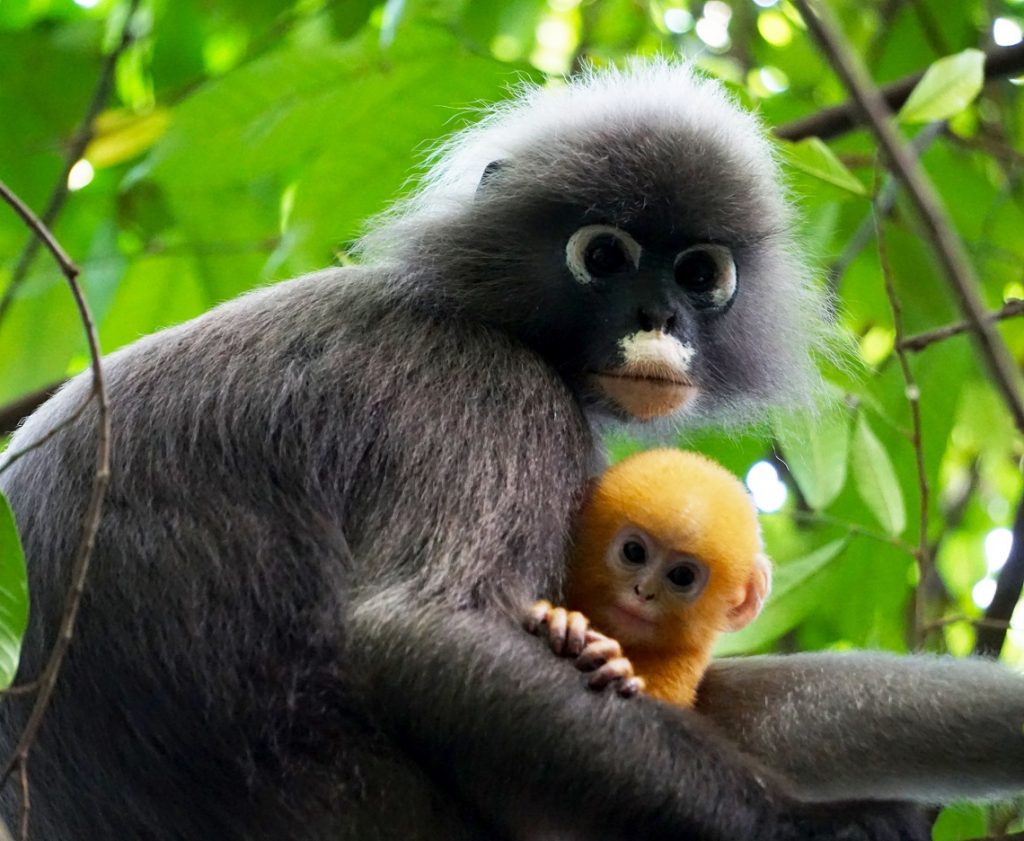 The Cat Ba Langur Conservation Project (CBLCP) was founded in 2000 to halt the impending extinction of the Cat Ba Langur, a critically endangered leaf eating monkey endemic to Cat Ba Island off the shore of northern Vietnam. Since its initiation, the project has worked on species and habitat protection, law enforcement, population monitoring, environmental education, and research. Additionally, the CBLCP provides the provincial authorities with environmental consulting services to mitigate the effects of environmentally unsound development projects. Partnerships with Cat Ba National Park and local people in villages surrounding the park provide the foundation for direct community participation in the conservation effort. The ultimate goal is to restore the Cat Ba Langur population to a long-term viable number and for the rich biodiversity of Cat Ba Island to be maintained into the future.